Zaphod Beeblebrox Sunflower Plus What the Dog Dragged In

I was out watering the garden today and realized we’ve got a bit of Zaphod Beeblebrox action going on in the sunflower department. 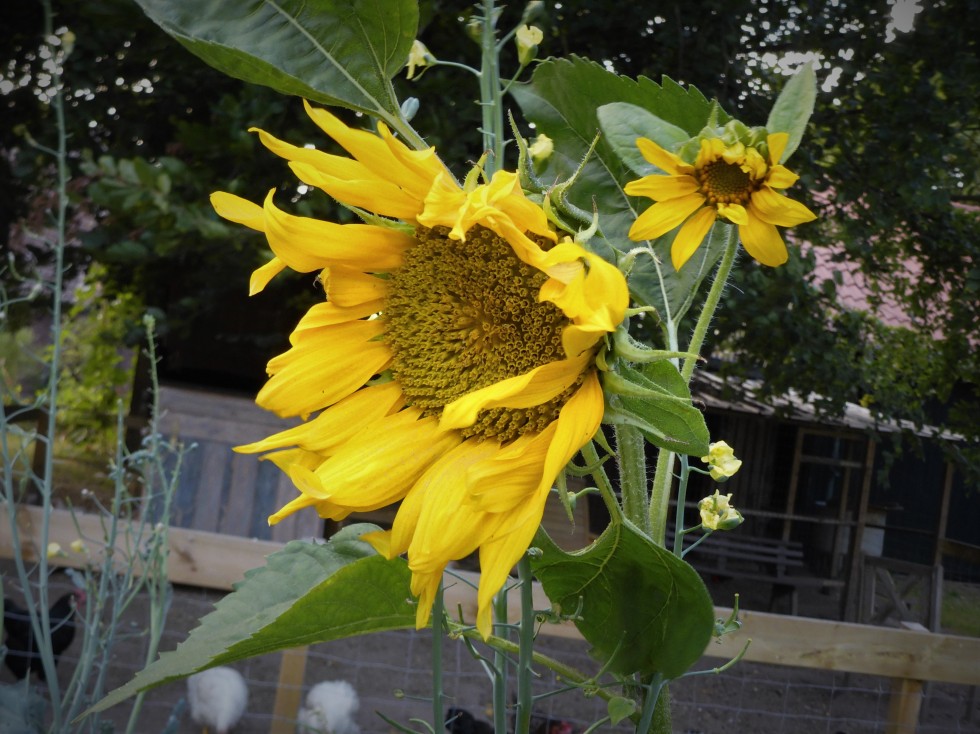 Meanwhile, nothing any of the cats ever dragged in quite prepared me for the stuff we have to pry out of the growling, clenched jaw of the dog, who will generally eat anything, provided it’s absolutely and utterly disgusting.

Exhibit A: The dead, decapitated, mummified head of a rat

I don’t know if this was a new find or a treat he had buried previously to savor another day (that day being today).

But, holy cow, check out these teeth!

Remind me to never get bitten by a rat.

← I Think I Might Be a Bad Person
To the Ploerdmobile! →